You appear in a place you don't know, hurt, and with no memories. You have to find out what is going on.

** Short demo developed in 3 weeks for the imgc2018, could be some minor bugs, feedback appreciated! ** Hope you enjoy it!


FAQ (Important read before playing):
- Last choice is the same cause there was no time to making 2 battles.
- The game ends once you finish last battle.
- The game is a 'what if', what if there is more time to make the story, and the story more slow paced, improve the dialogs, have the battle in a proper area and it being more fair, and much more battles, or no battles, based on your choices during the game, and multiple attacks, and sound effects, bug fixes. As some people said, think we have a strong base for a good game here, or what judges named 'Potential'.

So, the art, animation and music are superb, but the game severely lacks much else. I don't think you can really call the game "story rich" when everything that constitutes a story here is just the player being told to do something. There's so little context or information given out in the pretty large amount of dialogue present that I never felt as if I was understanding anything, but just being ordered around.  It really feels like the game just needs to slow down and take three deep breaths between each scene. The combat was frustrating too, and I don't think it was  because of the mechanics, but rather the lack of sound design and the arena in which it's used. Due to the visual design, the trees are extremely hard to track when you're focusing on the projectiles coming at you, so nearly every death (after the first two) felt cheap due to my inability to move past them. You have a really solid foundation here, it just needs a bit of post-jam love!

Thanks for playing our game. Watched your video, agree with most you said. The story is really fast paced with no context, true, was expecting more people talking about this. Would have loved to have time to being able to add more context, improve dialogs and slow everything a bit but we wanted to show as much as we could and there was no time for both.

Also agree with the combat, wanted to give a that area a reason to exist and we needed an area for the robot fight so chose it but immediately noticed the contrast would make it hard to see the robot attacks but there was no time to create a different area for it so that was it. Sorry for not having sounds, it would have also improved the 'ok, he is going to attack with this' so you don't have to memorize the battle, but we had no sound designers :\.  Anyways, I bought a humblebundle with lot of sounds so it can be made for next updates.

Wrote a FAQ here in the game page since most people negative comments have been on the same aspects, in case you wanna check it and thanks for beliving we have a strong base for a good complete game, I do believe it too.

Super pretty, super fun, but also a bit challenging game! I feel I came across a bug or something cause When I was asked to ally with the big dude, I had the same choice twice for question, so not sure if it's just a not choice or if it was a bug. Also the maze enemies were pretty buggy. They just continuously spawned and I even had one enemy spawn just a few pixels away from me. Also felt overwhelmed with te robot fight. felt a bit underpowered/ unprepared for such a difficult fight. Not sure if I was even hurting him or how close I was at killing him but maybe a health barfor him could help with that. Still enjoyable and I feel like there's lots of room for expanding this game and I look forward to seeing if there's any future plans for it! Made a video, hope you enjoy!

Hey! Thanks for playing it and the feedback.

About the option bug, it wasn't, there was only that option because there was no time to make the BigScaryDude an AI. The maze enemies sometimes went throught walls, true :\ did not really test that part, think the one that spawned near to you was one of those that went throught a wall. On the robot fight it is a hard one, think it would have been easier if the fight would have take place in another area so you could see better but wanted to use that area :\ (last time you almost got him).

Glad you enjoyed it :) 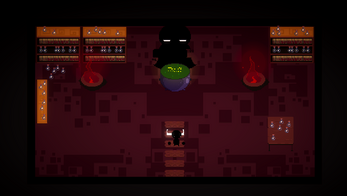 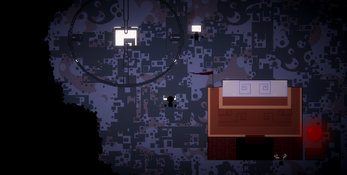 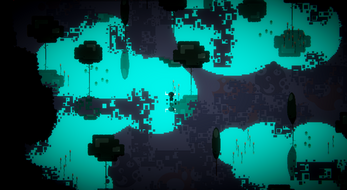 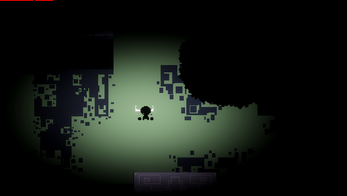 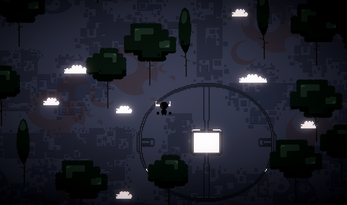